The sisal plant, a member of the Agavaceae plant family and indigenuous to the arid regions of north and central America, was first introduced to East Africa in 1893. The plant that was brought to what was then Tanganyika by Dr. Hindorf, a German scientist, was the variety Agava Sisalana which originated from the Yucatan in Mexico. The first sisal plants in East Africa were planted at Kikogwe on the south side of the Pangani River in Tanga region of Tanzania on the edge of what is now the group's Mwera estate.

After a difficult start, sisal production prospered in East Africa and by the late 1960s Tanzania's production alone was some 230,000 tonnes per annum with a further 60,000 tonnes being produced in Kenya. Most of the fibre produced in East Africa was, until the mid 70s, used in the production of low value agricultural baler twine. With the advent of synthetic fibre, and notably polypropylene, the agricultural baler twine market diminished rapidly and today virtually no African sisal fibre goes into the production of agricultural twine for the international market.

African sisal, which is in the main produced on organised estates and is properly washed, brushed and graded, is today used in the following products:

The total fibre production from Africa is currently estimated to be approximately 60,000 tonnes per annum of which REA Vipingo's production of over 19,000 tonnes represents almost one third of this. 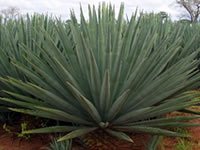 The sisal plant, a member of the Agavaceae plant family and indigenuous to the arid regions of north and central America, was first introduced to East Africa in 1893 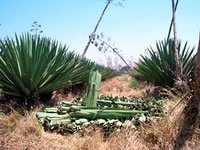